To start with a blog about sound design, it is best to make clear and explain exactly what this whole process of creating sound for film is all about. How it is done, what it is done, and what is the specific role of a sound designer.

It is very common to hear someone say that «a sound designer is the one in charge of making the sound effects of a movie».

Not that this is a bad description, since it is largely one of the main tasks of this one, but it is actually a vague idea of what it really is. Designing good sound goes far beyond a big explosion, the huge roar of a monster or the flight of a spaceship.

Sound as a narrative element

The error begins by saying that cinema is a «visual» medium, which is totally false. A film is composed of many elements, each with an important role within the work; and to the surprise of many, sound can often be more important than the image itself.

A good sound designer is capable of not only creating sounds, but also reflecting emotions, personifying an element of the story, giving meaning to a scene or generating all kinds of sensations in the audience. More than just creating sounds, he or she is responsible for telling the story using sound material.

I go back several years when the term «sound designer» was born.

For a long time there were films with sound and there were great masters of creating sound effects such as Treg Brown in the classic cartoons of Warner Brothers, or Jimmy MacDonald in Walt Disney.

But sound design as a specific title, was born in the late 70s by the hand of Walter Murch, not as a simple title, but accompanied by magnificent creations and directors who opened the way to a new way of treating the sound of a film.

Great works such as «Apocalypse Now» by Francis Ford Coppola, or «Star Wars: Episode IV» by George Lucas, with the sound works of Walter Murch and Ben Burtt respectively, demonstrated that sound is not only a final stage of the film where sound effects are added.

But it can also narrate, personify, generate emotions, portray spaces, periods, and create a whole sound identity that would last forever.

One only has to see the beginning of Apocalypse Now to realize the important role that sound can play in telling a story, or the incredible work of Ben Burtt in Episode IV, where he made millions of people identify a whole culture of sound throughout the ages.

This opened the doors to a great modern group of sound designers willing to explore new horizons in sound narrative, reflected in impeccable works such as Gary Rydstrom’s work in the great battles of «Rescuing Private Ryan», Dane A.

Davis creating new worlds in «The Matrix», the incredible teamwork presented in the «Lord of the Rings» trilogy or a recent one, such as Paul Ottosson’s spectacular work in «In Hostile Land».

They are clear examples of what sound can do in a film, beyond sound design and sounding an image, creating strange sounds, or making explosions bigger, it is about telling a story, working as a team.

Knowing how to control your ideas to satisfy the tastes of a director who understands what he can do with sound and thus manage to generate emotions (consciously or unconsciously) in the audience. 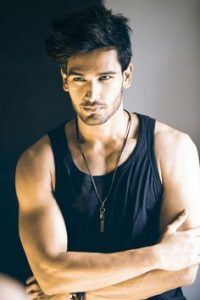